I made these short films with my wife, Amy K.W. Heil.  They were her idea, though she had no previous filmmaking experience. 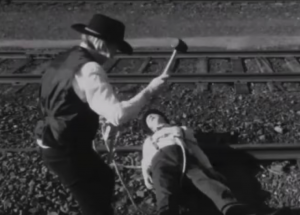 A comic black & white short film with modern twists, in which the heroine and her dog rescue her hapless lover after the jealous villain ties him to the railroad tracks — sprinkled with hashtags and lolspeak.

Originally made for the 2014 Columbia Gorge Film Project.

All Our Sins Remembered 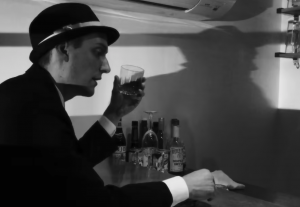 In a Film Noir version of the ‘To Be or Not To Be’ scene from Shakespeare’s ‘Hamlet’, our lovers meet over drinks to confront the demise of their illicit affair.

Comments are closed, but trackbacks and pingbacks are open.

John On The Web